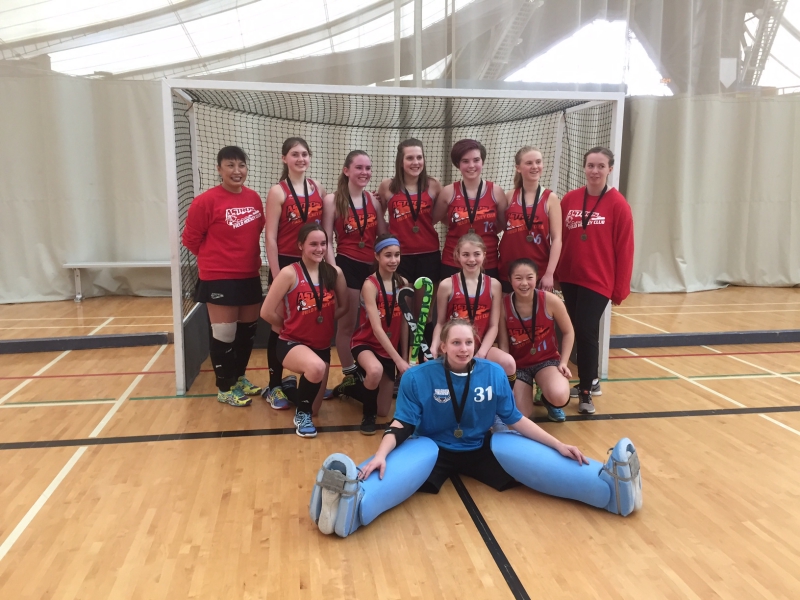 Spartans got even younger this year with the addition of 3 players under the age of 14 and 3 more players who still aren’t old enough to drive. Three seemed to be a theme number for the team with 3 returning indoor players, but the team steadily improved with a dedicated crew of players who were regular fixtures at indoor practices. With that commitment, the team went undefeated through fall and winter and the only blemish being a 1 – 1 tie against our other club team, Fury, early in January. Spartans continued to raise their level of play and played to a convincing 6 – 0 semi-final win over Thunder-II. The team continued to drive even harder with their best team performance and, continuing with the theme of “3”, earned a solid 3 – 0 win over Fury for GOLD in Junior Division.