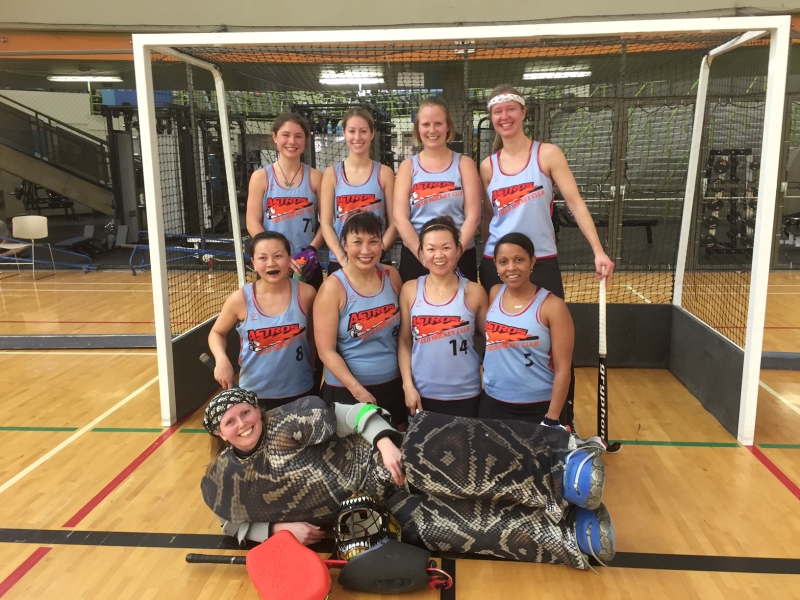 TNT had a couple of new players join us for the 2016-17 indoor season. Over time and some early season speed bumps during the Fall seeding round as we got familiar with our new teammates and re-adjusted back to playing 6 on 6, we had a very strong season, going undefeated through the 2016-17. It was a tightly contested back-and-forth Gold Medal match. Phoenix Black scored on their first possession, but TNT was able to tie it up fairly soon after. The teams exchanged goals back and forth throughout the match and TNT finally went ahead with less than 4 minutes to go with a pretty goal from Jenny Gobin. Time seemed stand still and Phoenix Black poured on the pressure to get the tying goal and even earned a penalty corner at the buzzer. With some stellar goalkeeping and strong defensive play, TNT held strong and finished with a well-earned 4-3 win for GOLD in Division I.