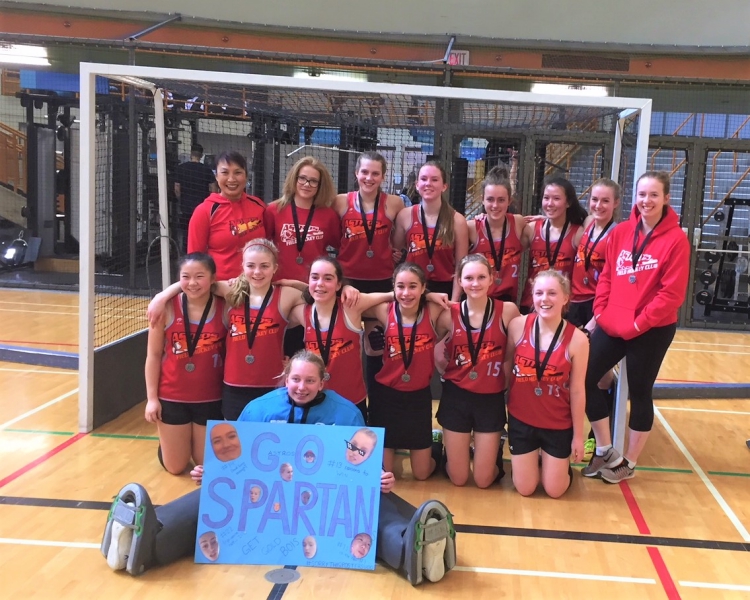 There were 6 returning players this year, but Spartans went young again this year with half of the team under the age of 16. The team had a great season, finishing the regular season with a 9 – 2 record. Spartans battled Thunder in the semi-finals and prevailed with a 3 – 0 win. In the Junior Division Gold Medal Match, it was a hard-fought match against Cubs. The teams were evenly matched and the winner would be determined by which team would make the fewest mistakes. Late in the second half, with the score knotted at 1 – 1, an opportunistic Cubs forward pounced on a passing error out of the defense to get the go ahead goal. This would be the deciding goal, even as Spartans pressed and generated some quality scoring opportunities at the end of the match. Nevertheless, it was an awesome season for the team with a silver finish!