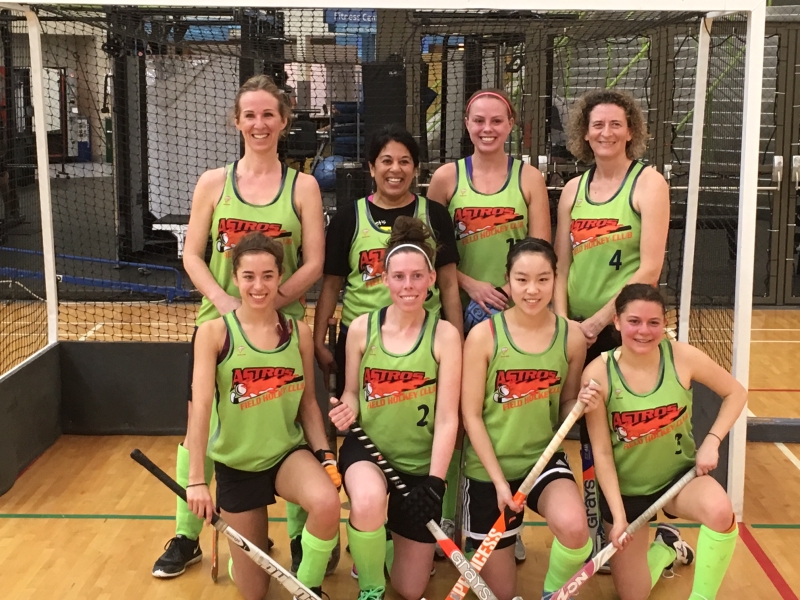 Omegas steadily improved this season with the addition of some new players as well as a newly-returned longtime player-coach. A strong core of players who have been regularly attending practices has made a huge difference in bringing stability and better structure to the team play. In a best-of-2 series against Cougars-2, it looked like the first game might go against Omegas had it not been for some late pressure by the team and a timely and accurate penalty stroke with regulation time expiring to earn a 2 – 2. For Game 2, Omegas continued the momentum with a convincing 4 – 0 win to become Division III Gold Medal Champions. Even more important than that, it allows Omegas the opportunity for a challenge-match against the last-place finisher in Division II (Lightning) to move up for next fall.