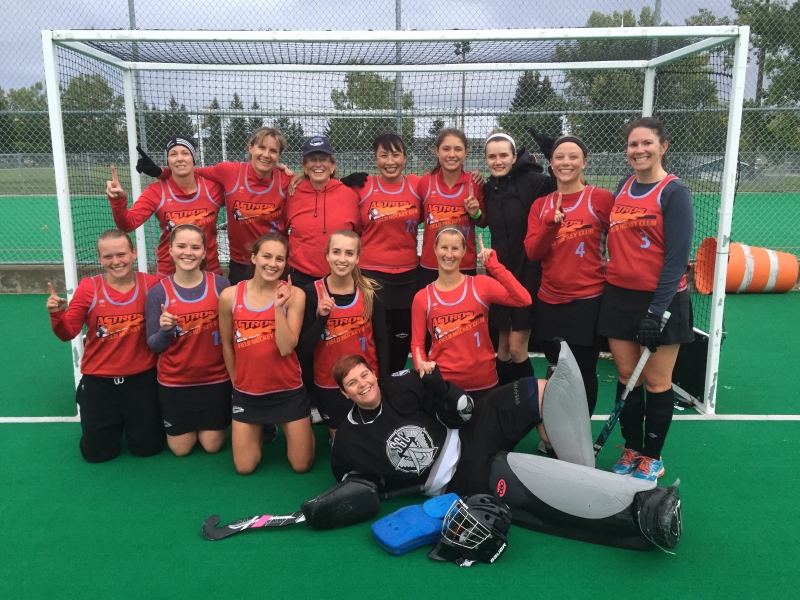 Astros-B repeat as B-League Champions! There were a number of new faces and, for awhile, a rotating carousel in goal when Nikki got hurt midseason, but the team banded together for a solid season, finishing 2nd during the regular season and then winning B-League Gold. Newcomer, Laura Gordon took one on the nose (literally) early in the first half, but contributed to a strong season. Our trio of Laura’s were formidable as were our crew of young forwards with Paige Koochin, Emily Smith, and Brooke Van Oosten providing a spark when a goal was needed. And, of course, our core of midfielders and defenders were a tough bunch for teams to try and get through.